CNY SALE is now on! Check this out...

Celebrate good fortune this Lunar New Year!
Buy the perfect gifts for your loved ones from IPM Bullion today.

Use coupon code "CNY23" at checkout for a special discount on selected products.

CHECK OUT THE PROMOTION ITEMS NOW!

Promotion runs from 16 January - 5 February and while stocks last.

We look forward to welcome you in our showroom at 23 Amoy Street, Singapore 069858.

CNY SALE is now on! Check this out...

Celebrate good fortune this Lunar New Year!
Buy the perfect gifts for your loved ones from IPM Bullion today.

Use coupon code "CNY23" at checkout for a special discount on selected products.

CHECK OUT THE PROMOTION ITEMS NOW!

Promotion runs from 16 January - 5 February and while stocks last.

We look forward to welcome you in our showroom at 23 Amoy Street, Singapore 069858.

Global Platinum supply. Global mining supply is forecast to fall circa. -10% in 2023. 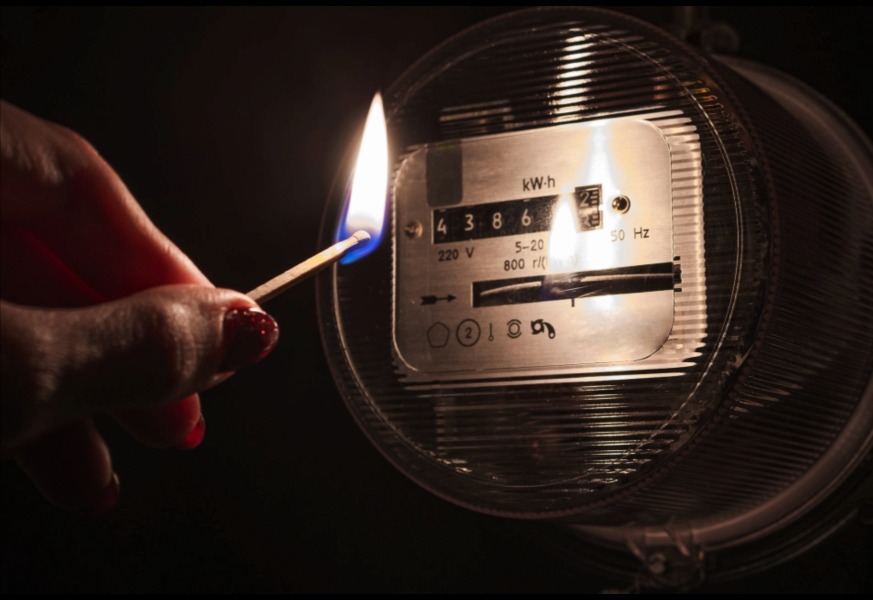 We have written many research pieces regarding South African production of PGM’s (Platinum Group Metals) and the critical situation regarding energy production supplied by the sole utility provider Eskom. These in-depth studies have been led by our key contributor, the vastly experienced Dr David Davies who is based on the ground in South Africa.

With South Africa producing 73% of global platinum supply, Russia at close to 12% and Zimbabwe at roughly 8%, these three countries produce roughly 92% to 93% of global Platinum supply. Global mining supply is forecast to fall circa. -10% in 2023.

Welcome to the emergence of a sustained global supply-demand deficit in Platinum.

Various research agencies across the PGM industry have continued to ignore the rapidly deteriorating infrastructure situation in South Africa as purely a side show. They have erroneously determined that this will not have a material effect on their global supply-demand forecasts. This approach is entirely naïve, when considering for example, the ongoing load-shedding in South Africa (rolling blackouts as a result of a severe electricity shortage) which are predictably having a very serious impact on mine production, negative repercussions on required future investment, major constraints on refining, repeated furnace damage due to rapid loss of temperature when blackouts hit, increased production costs, and the list goes on..

The hugely damaging impact of load-shedding (blackouts) is only forecast to deteriorate even further moving forwards, it is not expected to improve in the short to medium term.

-  Eskom power-outages impacted both concentrators and smelters in the period, which led to a loss of production, as well as an increase in built-up work-in-progress inventory of 40,400 PGM ounces.

-  Metal in concentrate production from our Platinum Group Metals (PGMs) operations decreased by 6%, due to the impact of Eskom load-shedding (power outages) primarily in September, infrastructure closures at Amandelbult and lower grade at Mogalakwena.

Whilst this clearly affects Anglo American Platinum in particular, it is widely impacting all producers in South Africa which are experiencing various levels of damage to production supply and rising all in costs. As highlighted earlier, South Africa produces approximately 73% of the world’s platinum so the worldwide impact on the Platinum market will be heavily felt.

The World Platinum Investment Council (WPIC) seems more in touch, with their forecasts: Total platinum supply in 2022 is forecast to decline -8% (-626 koz) year-on-year to 7,514 koz.

The chart below demonstrates the increasing frequency of Load-Shedding at Stages 4 moving into Stages 5 and 6 this year. The lack of a consistent supply of electricity is seriously impacting mining production in South Africa. 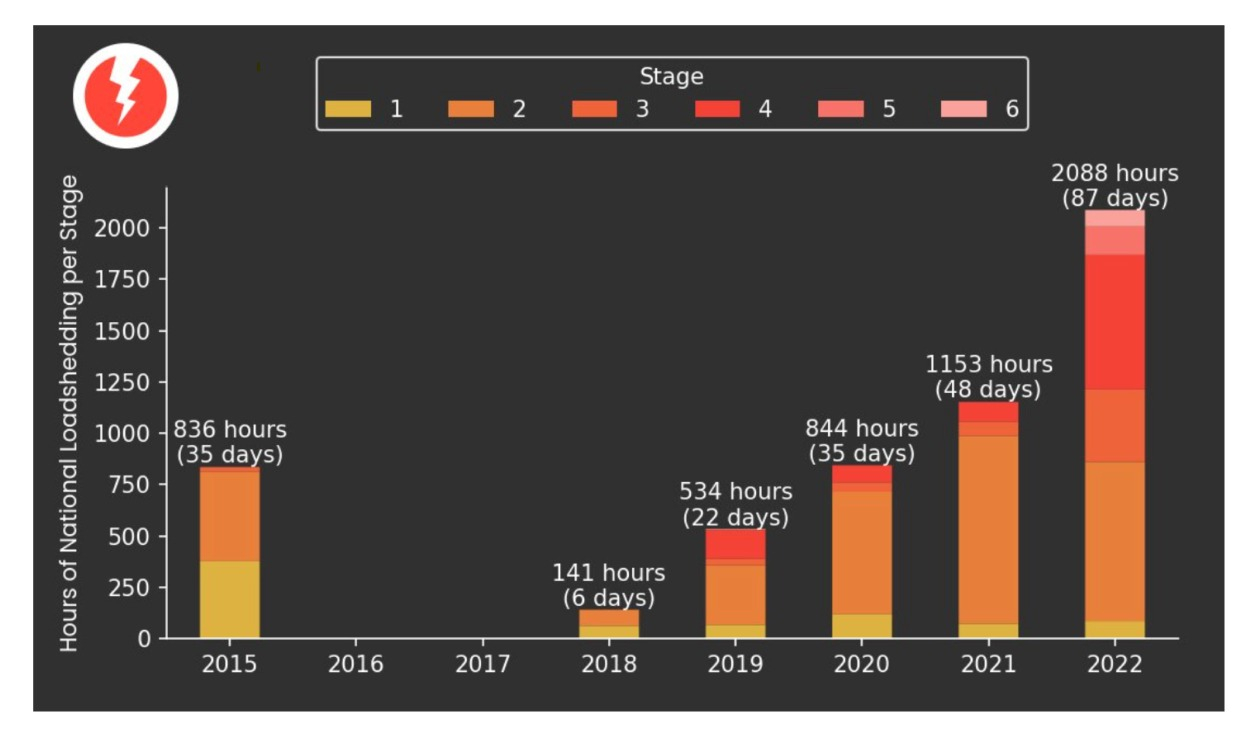 Meanwhile in Russia (which produces anywhere between 9% to 12% of global platinum supply), leading mining operator Nornickel has announced that they cannot guarantee 2023 production targets.   The newly-emerged challenges for the company remain highly acute, and the mitigation of risks for the timely supply of critical equipment and spare parts, remains their top priority. Nornickel has publicly announced that they remain cautious with regards to the execution of their 2023 production program targets.

It is of course good for Platinum investors, that Nornickel cannot guarantee 2023 production

Meanwhile industrial demand for Platinum continues to increase and therefore a price resolution higher in Platinum is the very likely outcome. As market participants and industrial end-users begin to finally grasp the critical situation we face with the current global supply-demand deficit that is forecast to get worse year-on-year for the next 4 – 5 years.

The Platinum versus Gold Ratio Chart below, clearly demonstrates a turn in fortunes for the Platinum price: 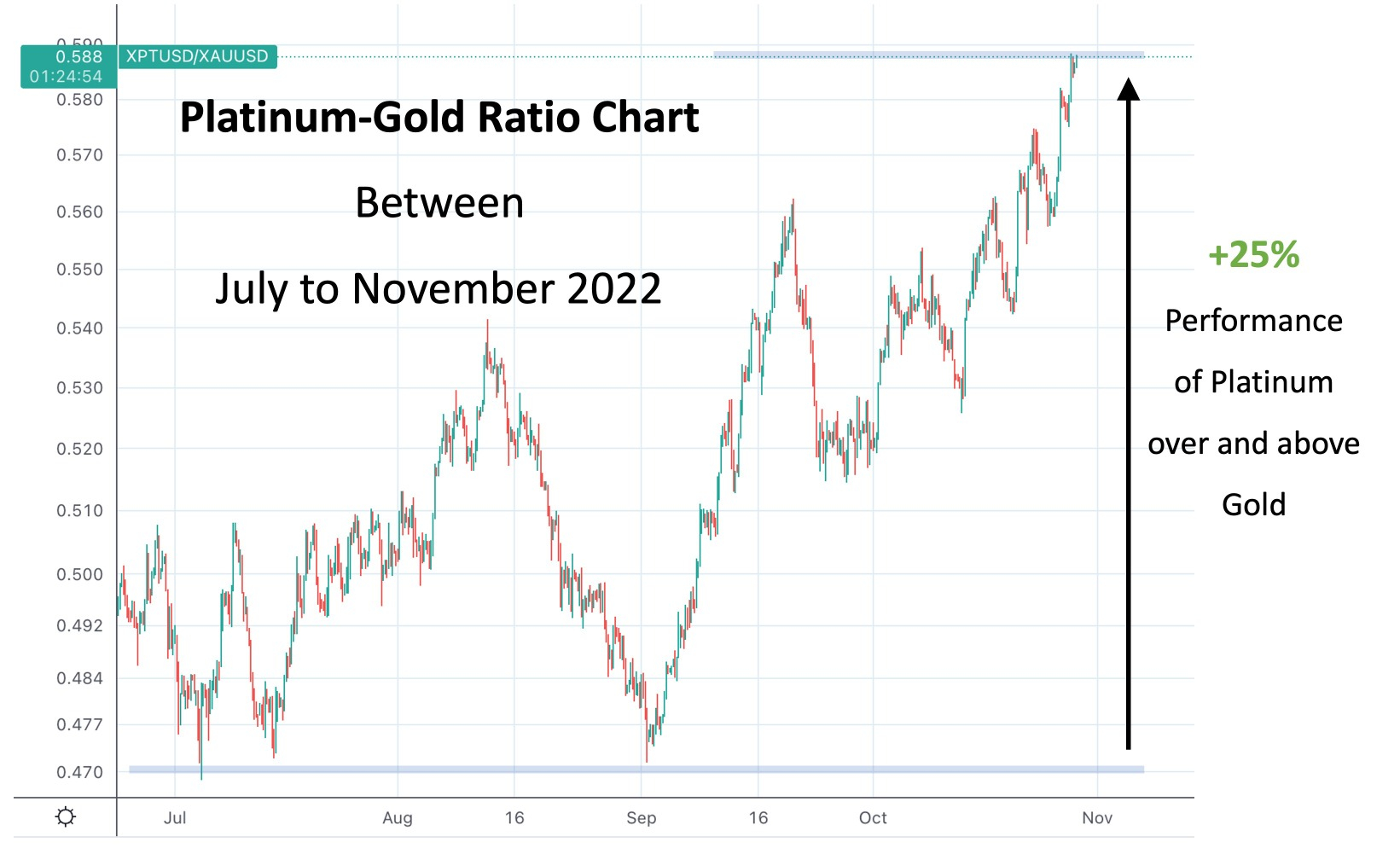 Protect your wealth; invest in physical gold, silver or other precious metals at best prices from Indigo Precious Metals. Physical delivery across the world.

Disclaimer : The information contained in this website should be used as general information only. It does not take into account the particular circumstances, investment objectives and needs for investment of any investor, or purport to be comprehensive or constitute investment advice and should not be relied upon as such. You should consult a financial adviser to help you form your own opinion of the information, and on whether the information is suitable for your individual needs and aims as an investor. You should consult appropriate professional advisers on any legal, taxation and accounting implications before making an investment.