Our showroom is now open from 10.30 am to 7pm Monday to Friday

We look forward to seeing you.

Our showroom is now open from 10.30 am to 7pm Monday to Friday

We look forward to seeing you.

As many are increasingly coming to terms with the 'obvious failure of fiat currency', the inevitable question arises "what next?" , Well apparently gold backed SDR's ! 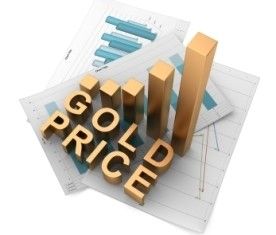 IPM Group comment: As the old saying goes 'there is no smoke without fire'. The World Bank chief Robert Zoellick surprised the world with the gold standard idea a few years back, please read here. He was and is a highly regarded individual within the financial industry.

We are not talking about a fixed gold standard here in the 'traditional' sense, but a FreeGold standard (which we have never seen before). Gold is allowed to free-float in value on the world markets and the the world's currencies will be semi-pegged in the loosest possible way to gold. However major capital flow balancing items between governments and central banks will flow in physical gold.

Currencies can devalue or revalue against the free-floating gold standard, but a very transparent value of the world currencies can be drawn from this and hold governments in check.

This by no means limits credit expansion and money aggregates within the relevant domestic economies.

Anyway something to think about, would you not say ? But this development, if instigated will profoundly revalue gold in the future !

As many are increasingly coming to terms with the 'obvious failure of fiat currency', the inevitavble question arises "what next?" Earlier this year, we discussed the possibility of a Chinese- or Russian-currency backed by gold, amid the increasing calls (domestically and abroad) for an end to USD Reserve hegemony; but this weekend, as Bloomberg reports, Lord Meghnad Desai, chairman of The Official Monetary and Financial Institutions Forum, stated that IMF Special Drawing Rights (SDR) should contain some gold to help stabilize the currency.

“We could ask that gold be nominated as part of the SDR. That is one thing I think is quite likely to happen”

This will be easier if China increases its official gold holdings.

This is not the first time such a suggestion has been made...(as JC Collins of PhilosophyOfMetrics.com detailed)

Sometimes what at first appears to be conflicting information is anything but, and what was originally considered to be opposing forces or ideals can quickly become unified for the greater good.

There has been much discussion and division over whether the world was moving towards a multilateral super-sovereign reserve currency by way of the Special Drawing Right of the International Monetary Fund or towards a new gold standard by which all currencies would be valued once again on gold.

Positions have taken up defense on both sides and all waited to see which side was going to be right.  Were the BRICS countries going to overthrow the western banking cabal?  Was the US dollar going to inflate into oblivion?  Was the SDR going to become the new reserve currency?  Was a new gold standard going to be implemented instead?

So many questions with no clear outline or determinations on what exactly was going to happen.

I have contested all along that the SDR was going to become the super-sovereign reserve currency of the emerging multilateral financial system.  The supporters of a new gold standard have found this idea unworkable because gold is considered to be the only method of creating stability within the larger architecture of the global financial system.

But what if everyone is right?  Or more correctly, what if all the obvious points and leverage of each potential system can be utilized to create the larger macro stability from which the multilateral will inevitably emerge?

In the post Renminbi is Already a De Facto Reserve Currency, I discussed how the Chinese currency was being internationalized and would be added to the SDR basket valuation.

This basket is currently made up of four currencies, being the US dollar, the Japanese yen, the Euro, and the British pound.  Adding the renminbi to the basket is both important and necessary for any changes to the global financial architecture.

But this theory has never accounted for the importance obviously placed on gold and the manipulation and mass movement of the precious metal which has taken place over the last few years.

No doubt the gold moving east has a lot to due with balancing old sovereign bond debts and building up reserves to support the renminbi denominated contracts which have just begun at the Shanghai Gold Exchange.

But this doesn’t fully explain the demand by other countries for gold, such as Russia and India, or even Germany demanding its gold back from the United States.

But nether does a gold standard fit the facts as all participating countries and economies have stated in official publications and speeches that a new gold standard is unworkable and the SDR provided the best opportunity moving forward to balance the financial structure of the world.

In posts such as:

The Rise of the World Empire

Everything Will Be SDR Compliant

I have attempted to explain and describe how the BRICS countries are aligned with the larger macro mandates of the SDR multilateral system and do not plan on overthrowing the western banks.  It is in fact a situation where the western and eastern banks are all controlled by the Bank for International Settlements.

It is interesting that over the last few days even certain conspiracy theorists which have been promoting the overthrow of the western banking cabal are now stating that the BIS and its central bank system will remain.

In most of my more esoteric posts I explain how the human mind seeks out division and from that division is born conflict.  Once symbols of division have been established it is almost impossible to shift the thinking of each position to see or observe a larger or more unified macro picture.

But once that realization is made the conscious thought pattern of all things takes a leap forward and what was once hidden in plan site becomes clearly visible and clarity resumes.

As we move closer to the end of this year and the ultimate point of transition to the multilateral, it is important to continue studying and observing the patterns which are taking place on the micro level.  These proxy resource wars and attempts to consolidate resources under regional currencies before the larger macro consolidation takes place will likely taper off as agreements are made and positions relinquished.

The US Congress will pass the required legislation to enact the 2010 IMF Code of Reforms which will allow for the necessary changes to the Executive Board of the IMF to take place.  This will also allow for the SDR basket to be opened and the renminbi and gold will be added to the overall valuation.

So once completed, the SDR basket valuation will consist of the following stores of value:

From this point we need to study and observe the massive amount of Sovereign Wealth Funds which litter the background of the international financial architecture.

Energy exporters and pacific rim economies which have undervalued currencies have been pouring investment into SWF’s.   These funds are in a perfect position to promote the use of the SDR as a unit of account and store of value.

This will be the “reserve dollar” exit strategy for central banks and national treasuries.

Interested readers can study the following paper published by the University of Glasgow, titled Adding Gold into the Valuation of the SDR.and Collins encourages a strong review of the following document on FINAL+Vision_Sovereign_Wealth_Funds.  Especially section three, titled Sovereign Wealth Funds, Special Drawing Rights, and the New Global Financial Architecture.

Some argue that “no other global currency is ready to replace the U.S. dollar.” That is true of other paper and credit currencies, but the world’s monetary authorities still hold nearly 900 million ounces of gold, which is enough to restore, at the appropriate parity, the classical gold standard: the least imperfect monetary system of history.

As the global currency war escalates, we suspect the answer to "what comes next" will come sooner than many think.